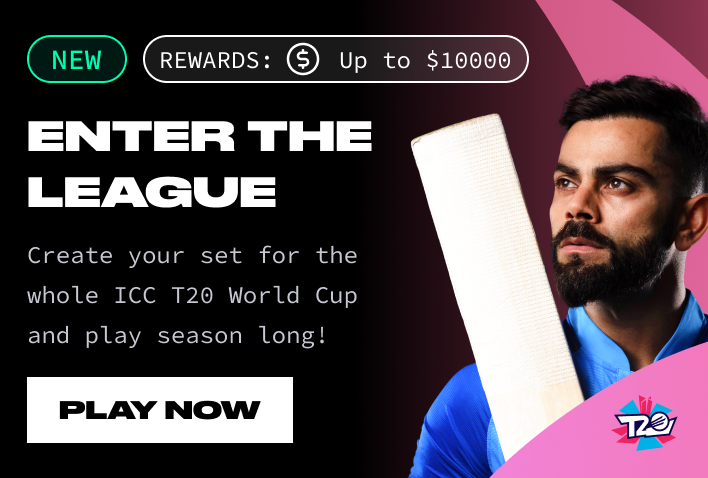 What is the ICC Men's T20 World Cup Flash League?

The Flash League is a season-long game introduced by FanCraze starting with the T20 World Cup. It is based on the Flash Games that have become so popular but has some important nuances which are detailed below.

‍What are the requirements to join the League?

When does the League start?

When does the League end?

I see that there are two Leagues - A and B. What is the difference between them?

How many sets can I submit in a particular League?

Am I alllowed to make changes to my set over the course of the League?

How do you account for the number of changes that I make to my set?

When can I make the changes to my set?

How many changes can I make every match?

Will I be able to see the number of changes remaining?

How do I score points for my set in every match?

How are Dynamic Points allocated for my set in each match?

How is the leaderboard calculated?

How does scoring work for abandoned games?